Cruising your way to a healthy lifestyle 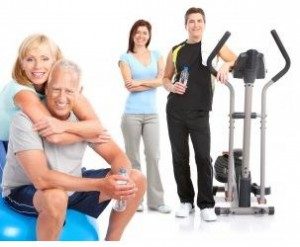 A posting on an online forum this week asked for advice on how to “Lose before I cruise.”  Some suggested an Atkins Diet.  Others touted willpower.   I’ve tried the “Lose before I cruise” goal, but it never worked for me. Neither have the related “lose by summer”, “lose by (or after) Christmas. Deadlines tend to be self defeating. Any setback makes me feel guilty. Any victory seems to deserve a reward. The reward is often food.

Here are a few things that did help me over the last year…… Last August I went on a cruise with the family. Challenges included…sitting at dinner for 2 hours while others ordered multiple entrée and waiter brought desserts we hadn’t ordered to allow us to sample everything and browsing the buffet late at night with the excuse of having a cup of tea.  A few things we did right included taking the stairs instead of the elevator, walking a few miles every day around the Promenade deck, getting in the pool and swimming or staying active playing Marco Polo with the kids, or choosing excursions that required exercise (hikes, bikes, kayaks).

The good and the bad seemed to even out. I gained a bit, not much more than in my weekly up and down had I stayed at home. The problem was not so much the pounds on the one cruise but the overall impact of several cruises to come. I enjoy cruises and had a few more scheduled for the year. Add these cruises to the Holidays and to couple of other celebrations throughout the year; I would face the prospect of a new (and bigger) wardrobe and a lecture from the doctor.

The problem was more of perspective than of will power. It was not the preparation for the cruise. The problem was my lifestyle on cruise. The goal of weight loss to enjoy the reward of a cruise equated to a self defeating goal of “lose to gain.” I was trying to lose weight before the cruise so I could feel less guilty about gaining weight on the cruise.

Here is what I did on the next cruise:

I sat a shorter time at dinner. We would still order a salad, entrée and consider desserts, but we would avoid multiple appetizers (or entrees) and only have desserts that were really really good.   I would pass on dessert if nothing stood out from the menu.   We still browsed the buffet, not as an excuse for tea, but with intention for a light meal, with a small plate. We continued being active taking the stairs instead of the elevator, walking a few miles every day around the Promenade deck, and choosing excursions that required exercise. With a little change the good gained ground. I maintained.

Now the problem was maintaining the lifestyle and losing weight on land.

I had the good fortune of unexpectedly going on an additional cruise a week later…. by myself this time.

I tried something new: I stocked up the little refrigerator with a few healthy items from the buffet like yogurt and cereal and ate a light but healthy breakfast, without the morning buffet visit. I sat in the dining room with different people each night often excusing myself before dessert. I would still have dessert, but only a few items during the cruise that really stood out. And then I exercise. I had bought a pedometer and had a minimum goal or 10,000 steps a day—in addition to any swimming or other exercise. Once I got into the rhythm—I had no problem achieving and usually exceeding the goal. In port…. I walked, and I walked. This time the good won. I lost—not much, but I lost weight!

The cruise did not have to be for me just the dining room, buffet and room service. I recognized if for what the potential it always had for me as a floating spa—with a gym and walking track, a running track, with pool and activities to keep me active.

Perhaps the formula could be reduced to the basics of diet and excercise–burn more calories than I eat, but the challenge was to bring the new cruising lifestyle to the daily routine ashore, and being mindful of the cruising experience has helped.

That was last December. I’ve since been on an additional 12 day cruise and am heading out in a week for another. I’ve continued to lose weight on or off a cruise at a steady 2 to 3 pounds a month, now down about 25 pounds over 9 months. There is no guilt and no fear of the cruise, the buffet, or of indulgence.

While “Lose before I cruise” didn’t work, a turn of the phrase helps: “cruise to lose.” Even better, though was to spin it further—”Cruise to a healthy lifestyle.”

2018 A little over a year later and have lost a total of about 35 pounds over 20 months. Love to say I lost it on a cruise but have been a bit land locked in recent months. Mike

2021 COVID update--okay.  I guess there is something about staying active *and* watching diet I should have held on to.  I've got this!

View all posts by: Michael Akana